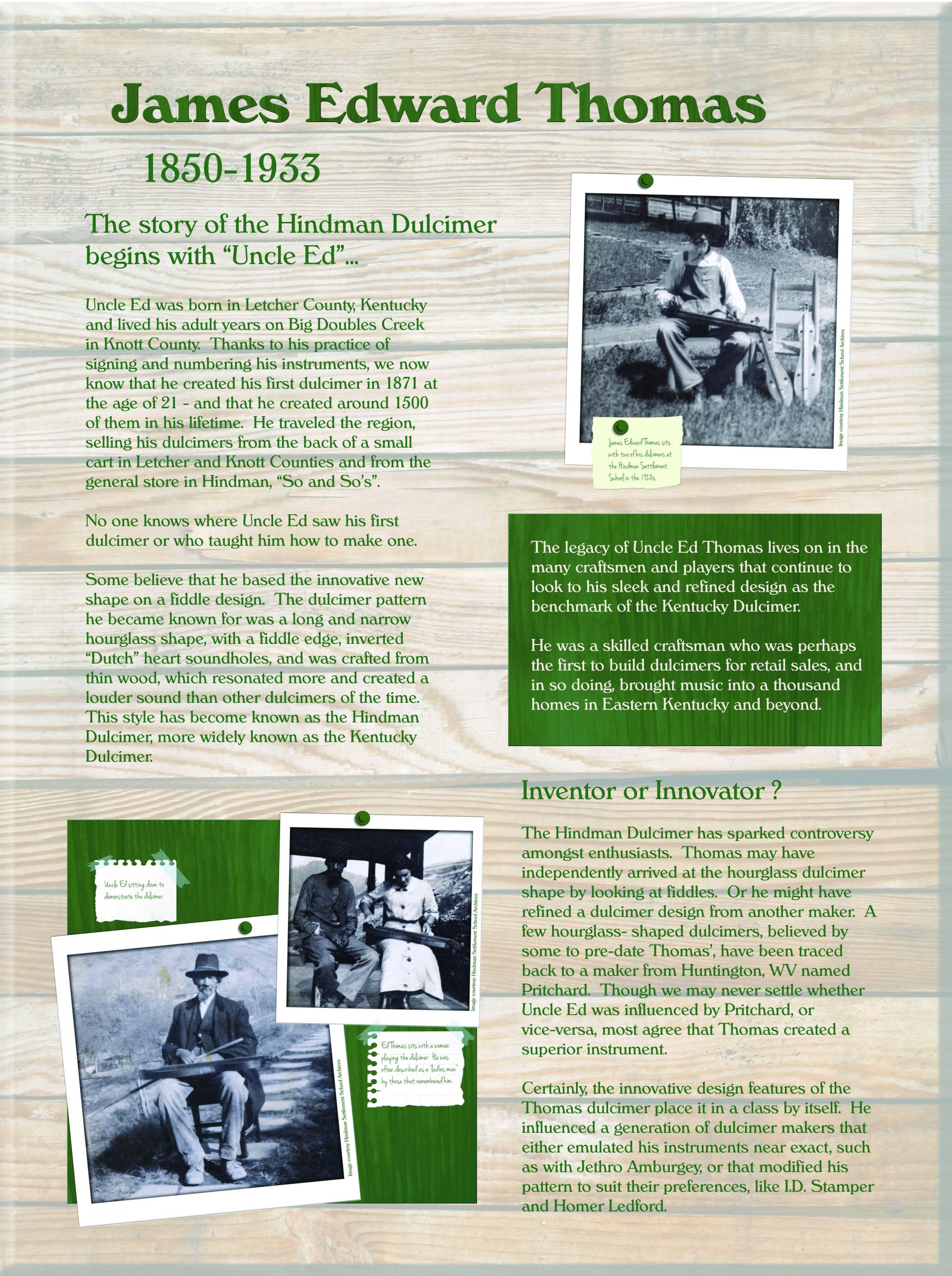 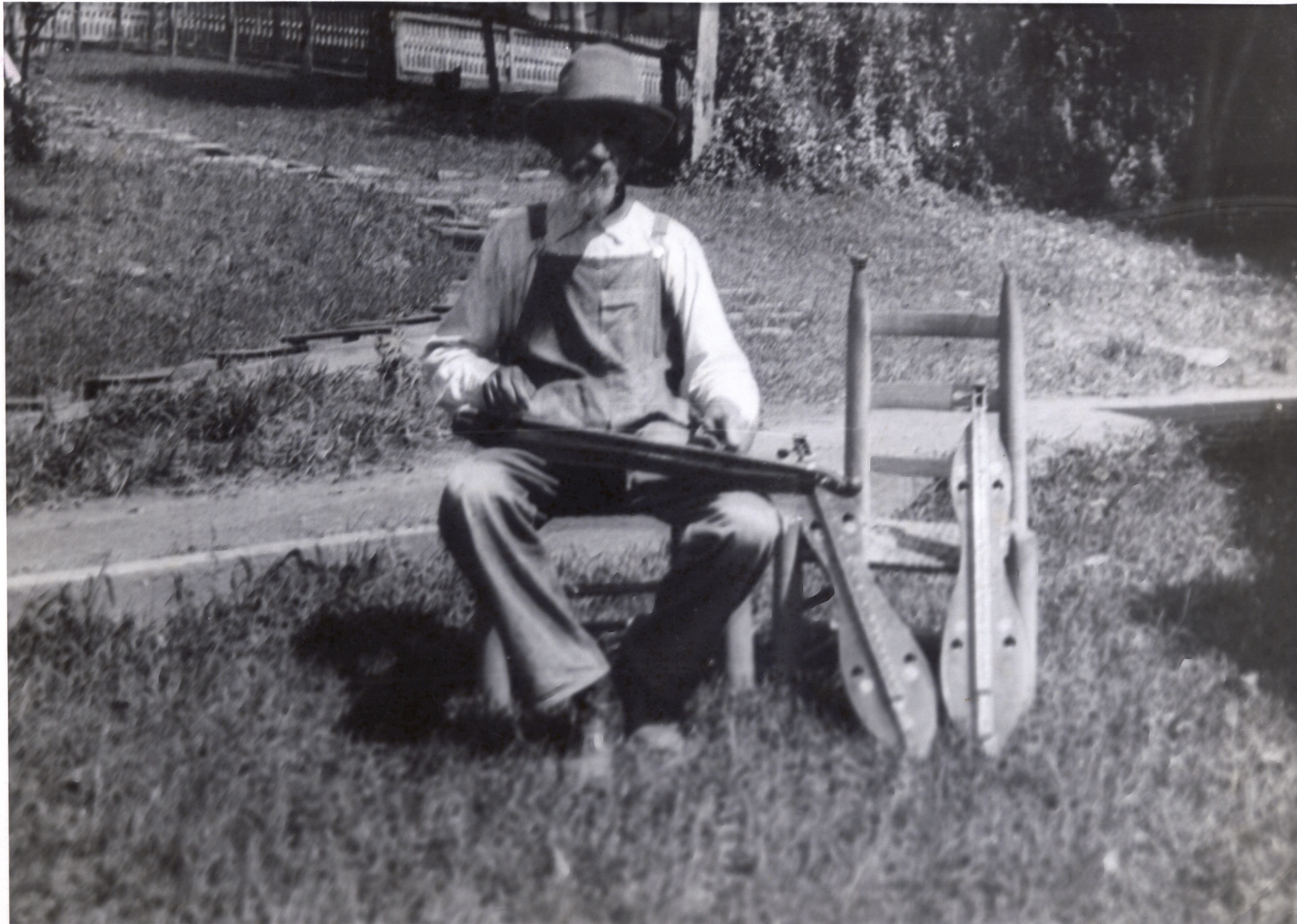 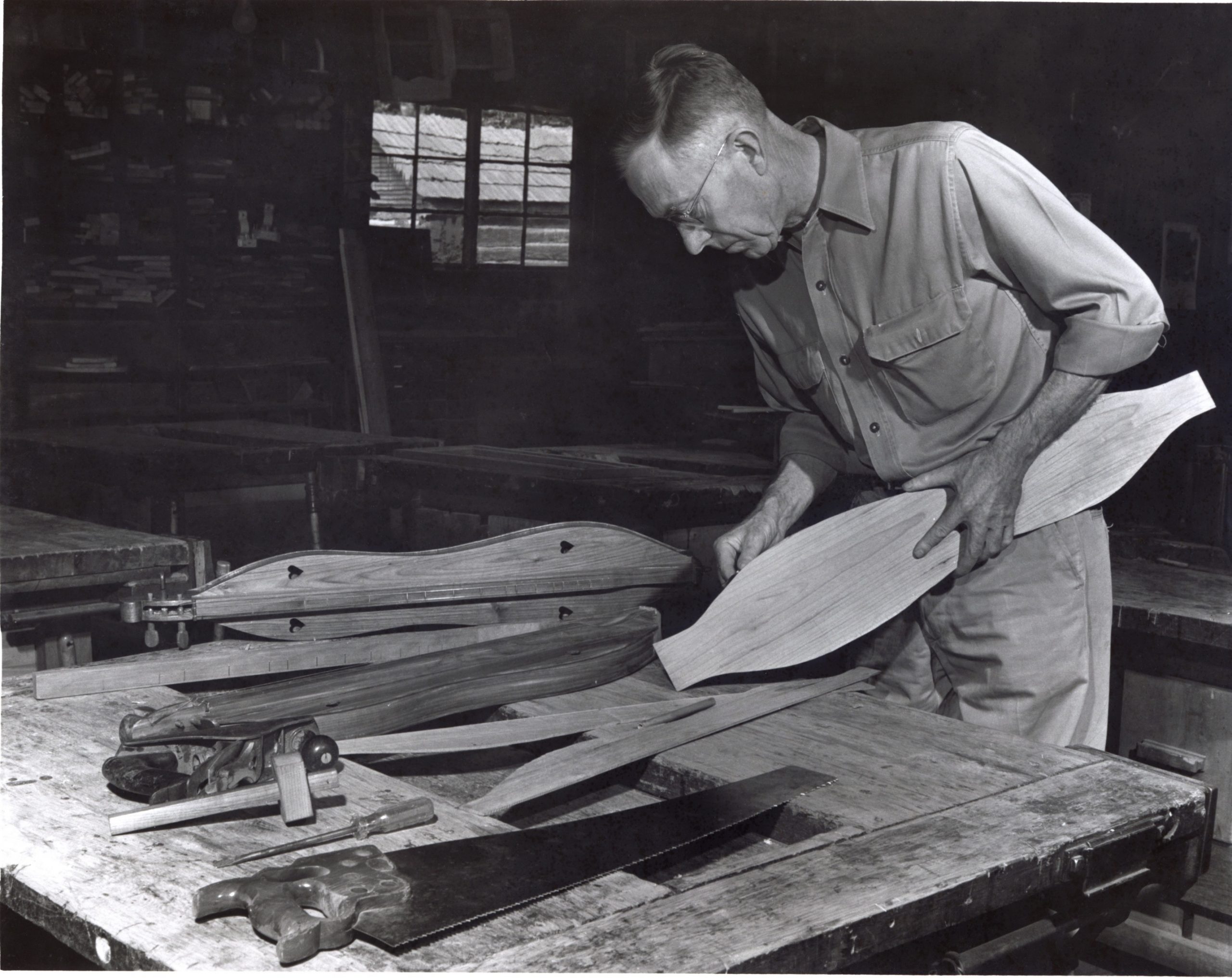 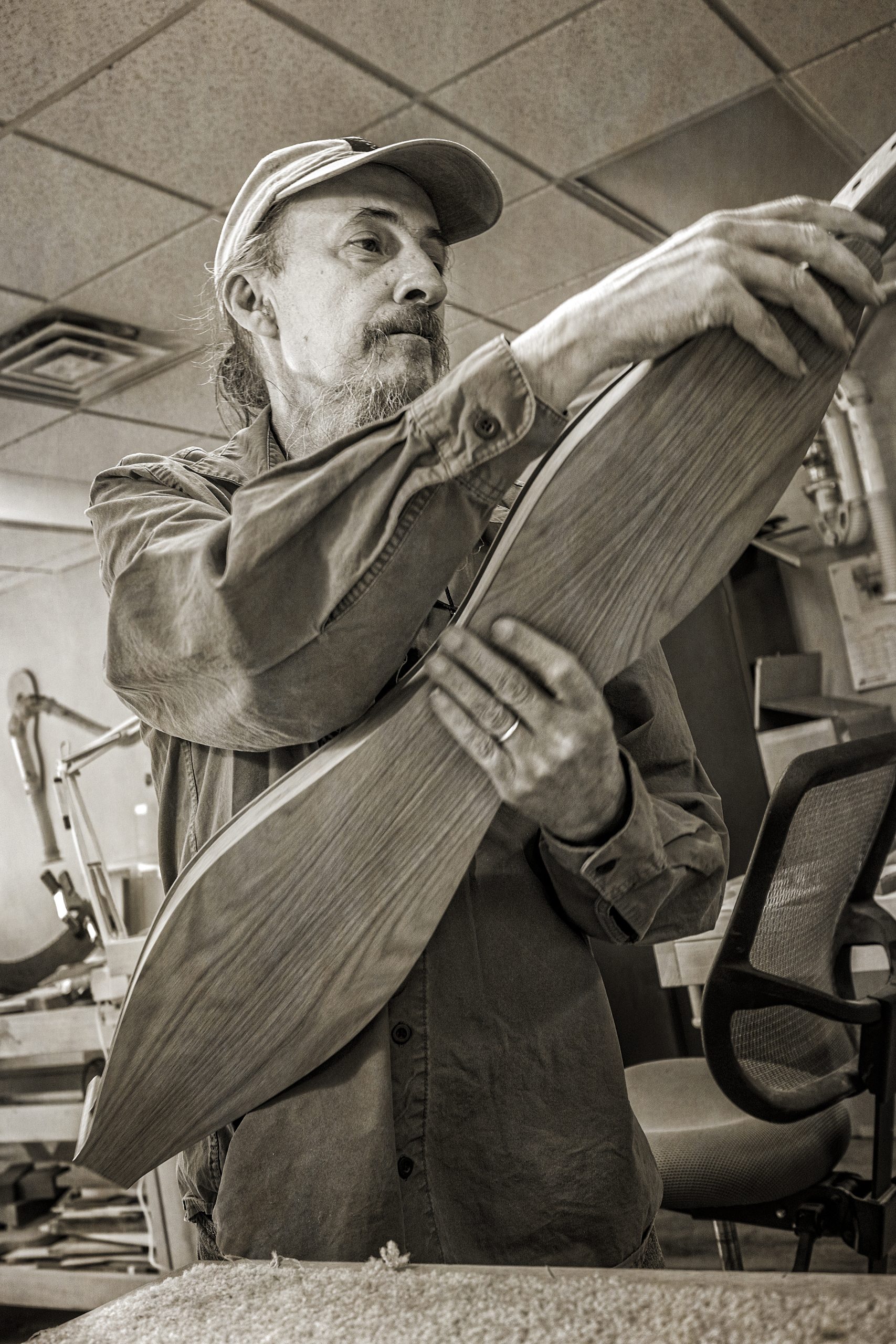 The dulcimer as we know it dates back to the earliest Appalachian times, when things like “zitters” and “scheitholts” were carried by frontier circuit preachers in order to line out the notes that would set the hills and hollers ringing with worship.

Consider the story of the young widow Elizabeth Maggard Creech standing with her children at the head her slain husband’s grave, just killed by Confederate forces on Leatherwood Creek, playing the “dulcimore” that Ely Boggs (1781-1869) had made for her, playing a song no one had ever heard, playing until she could sing no more . . .

Behind each story of the mountain dulcimer, there is a dulcimer maker, one elusive frontier artisan who put the best of himself into his work to create the finest instrument within his power, usually with very limited means. As a result, there is no question that the work of Knott County’s James Edward Thomas (1850-1933) Jethro Amburgey (1895-1971) have helped shape the culture and character of our region.

In the hands of Jean Ritchie (1922–2015), the Hindman dulcimer became a pitcher of mountain spring water, refreshing weary souls longing for home. Music has had no small part in creating our collective sense of place here in Appalachia, and music continues to reinforce it every day that we breathe. It lifts our spirits, brightens our live, and yes, heals.

And long after our own songs have been written and we’ve departed, our mountain dulcimers will remain here, hopefully well preserved, hopefully well used, cherished and passed forward through the generations, tangible legacies in themselves.

That’s our mission, to continue to work to ensure that those who come after us might know the story of how a tall man dressed in overalls walked a cart down into Hindman, and there sold a thunk-up kind of “dulcimore” with his name written inside, and how those things flew all around the world.

We use cookies on our website to give you the most relevant experience by remembering your preferences and repeat visits. By clicking “Accept All”, you consent to the use of ALL the cookies. However, you may visit "Cookie Settings" to provide a controlled consent.
Cookie SettingsAccept All
Manage consent