Please note: a Zoom account is required for registration and streaming of the event. If you do not have a Zoom account, please create an account and then proceed to the registration page. Also, you will need to download the Zoom software to your computer or device to stream the event.

2:45pm → 3:45pm EST
Workshop (intermediate)
Beyond DAD: Alternate Tunings with Joellen Lapidus
Find keys that you can sing in: expand your dulcimer’s voice!

4:00pm → 5:00pm EST
Lecture
The Dulcimer: An Infrequent Guest in Mixed Company with Don Pedi & Dr. Ron Pen
This workshop will feature Don Pedi and Ron Pen sharing tunes, talk, and technique as we think about the possibilities for integrating the dulcimer into mixed company at jams, in a square, or contra band.

10:30am → 11:30am EST
Workshop (beginner)
Beginning Dulcimer with Randy Wilson

11:45am → 12:45pm EST
Workshop (intermediate)
Old Time Songs with Don Pedi
These are fun, simple, and clever songs from the southern mountains.

2:45pm → 3:45pm EST
Workshop (intermediate)
Singing with the Mountain Dulcimer with Sarah Kate Morgan
Learn to tastefully and artistically back your singing and others. Learn how to choose appropriate chords and strumming patterns, and crate melodic fills that effectively support your singing. D-A-D tuning.

4:00pm → 5:00pm EST
Lecture
Hands-on in Hindman: How dulcimer making lives on in the mountains with Doug Naselroad
Images, sound, and video help to tell the story of how the coolest factory in the world came to be right in our own backyard!

10:30am → 11:30am EST
Workshop (beginner)
Beginning Dulcimer with Randy Wilson

11:45am → 12:45pm EST
Workshop (intermediate)
Master Strumming and Picking with Sarah Kate Morgan
We’ll focus on the hand with the pick in it (that’ll be your right hand, for most of you). I’ll help you develop a strong, confident, and interesting strumming hand. We’ll cover pick selection, clean flatpicking, volume control, developing speed, playing syncopated rhythms, and add rhythmic drive and energy to your playing. If you own a lot picks, have them nearby for this class… We’ll spend some time discussing how to select a good pick for you. D-A-D tuning.

4:00pm → 5:00pm EST
Lecture
Dulcimers and ‘Nilesimers’: Tradition and Transformation by Dr. Ron Pen
Illustrated with sound and images, this workshop surveys the broad sweep of dulcimer history and then examines the negotiation of conservative and progressive forces through the lens of influential luthiers with a focus on Kentucky craftspeople including Ed Thomas, Will Singleton, McKinley Craft, Jethro Amburgey, John Jacob Niles, Homer Ledford, and Warren May. The contrasting gravity of tradition and the forward motion of transformation become resolved in the life of the contemporary dulcimer with a glance at current craftspeople and musicians 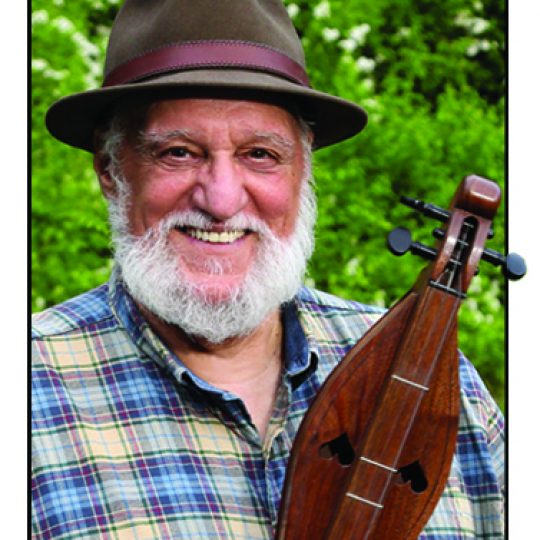 Don Pedi
Musician
Don Pedi is a Traditional Mountain Musician who started playing the dulcimer in 1968. He shares songs, tunes, and stories in a warm, often humorous, and always entertaining manner.

Don is known for developing a playing style for the fretted mountain dulcimer that can match a fiddle, note for note, while maintaining the rhythms and characteristics of traditional music. In 1974, he won first place in the first contest he ever entered, at Fiddler’s Grove, in Union Grove, N.C. In 1979, Don was declared “Master Dulcimer Player” and removed from future competitions at Fiddler’s Grove. Before retiring from competition in 1984, Don had amassed over forty first place ribbons in contests throughout the south east, both in solo competitions and as a key band member.

Over the decades, he’s been recognized and honored for collecting, preserving and performing Traditional Appalachian music.
Since 1985 Don has championed folk music as an on air host at NPR affiliate Blue Ridge Public Radio, WCQS 88.1 in Asheville, NC. His weekly show “Close to Home” airs on Saturdays, locally from 8:00-10:00pm (Eastern Time) and simultaneously streams on the web. Don has also appeared in the motion pictures “The Song Catcher” and “The Journey of August King”, as well as a number of documentaries and music specials. 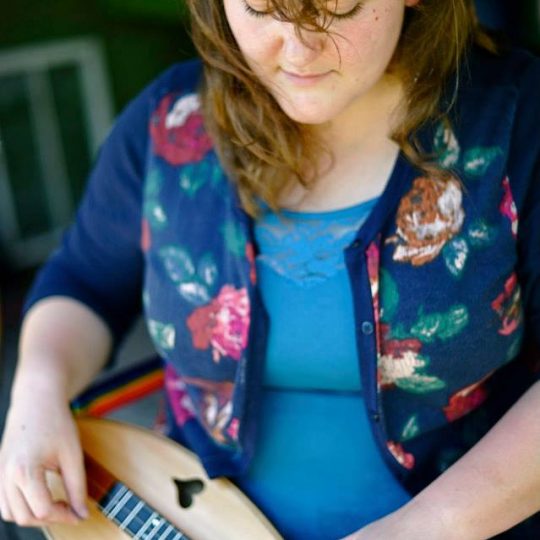 Sarah Kate Morgan
Musician
Sarah Kate Morgan started her musical journey at 7 years old when she was introduced to old-time music through a dulcimer that her grandfather built. From there, she has gone on to develop a uniquely intricate- and virtuosic-style inspired by the traditional Appalachian music she grew up with in rural East Tennessee.

At 18, Sarah placed 1st at the 2012 National Mountain Dulcimer Championships held in Winfield, KS. She recently graduated from Morehead State University in eastern Kentucky with degrees in Traditional Music, Appalachian Studies, and Arts Administration. Sarah Kate also performs as a regular member of the Michelle Canning Band, calls square dances, attempts to quilt and grow things in her garden, and works at the Hindman Settlement School in Eastern Kentucky as the Traditional Arts Education Director. 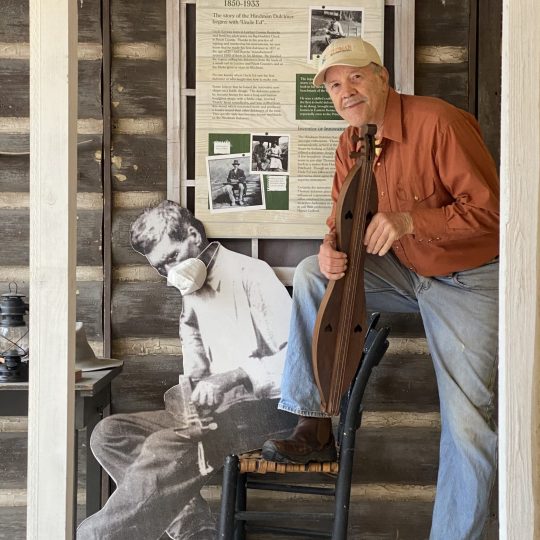 Randy Wilson
Folk Arts Director Emeritus
Randy Wilson is folk arts director emeritus at the Hindman Settlement School. He spent 35 years in the schools and community doing a multitude of tutorials for students and adults on the dulcimer. Currently, he does dulcimer lessons for folks at the Appalachian Artisan Center. You may find those performances for beginners on Facebook as they are posted weekly from the Appalachian Artisan Center. He also taught dulcimer to community folks at the downtown luthier’s shop for 10 years.

Mr. Wilson is a multi-instrumentalist. Besides the dulcimer he plays banjo, guitar, and concertina. He has a great collection of period banjos from Africa to Appalachia. As a performer, he has played for the Smithsonian Folk Festival on the national mall, Fiddle Tunes on the Puget Sound and cultural exchanges from Alaskan natives culture to Puerto Ricans in the Bronx. Join Mr. Wilson in a dulcimer class. Everybody comes away with a tune and a smile. 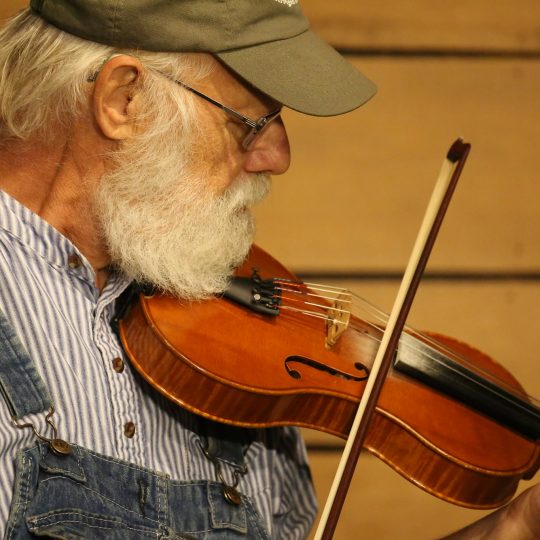 Dr. Ron Pen
Professor and Director Emeritus
Dr. Ron Pen is a performer and scholar of the music of the Appalachian region. A founding member of the Appalachian Association of Sacred Harp Singers, with whom he performed on A Prairie Home Companion, Ron is now Professor and Director Emeritus of the John Jacob Niles Center for American Music at the University of Kentucky. He is the author of “I Wonder As I Wander”, a biography of folk icon John Jacob Niles. Ron began fiddling fifty years ago in Rockbridge County, VA and has since participated in various workshops and festivals across the region including Hindman Settlement School’s Folk Week, Augusta’s Old-Time and Singing weeks, Berea’s Christmas Dance School, Swannanoa Gathering, and Hindman’s Dulcimer Homecoming. He has also performed music across the globe with the Red State Ramblers and recently shared shape note singing with Sufi Chant in Lancashire, England. He is currently beginning a biography of Jean Ritchie for the University Press of Kentucky. 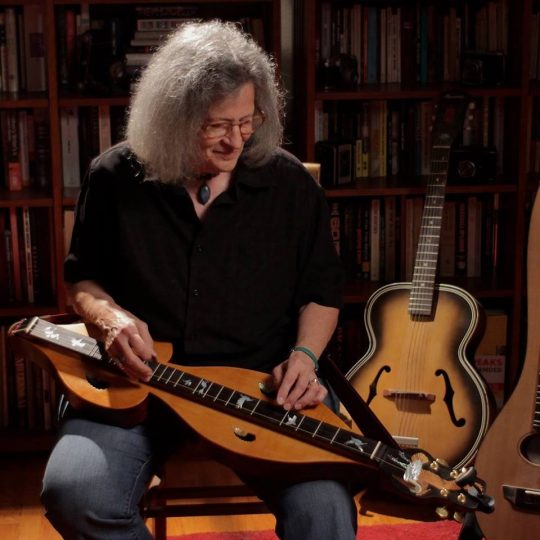 Joellen Lapidus
Luthier / Musician
In the late 1960’s and 70’s, during the American Folk Music Revival, a handful of west coast players from California to Washington State, including Joellen Lapidus, revolutionized the dulcimer’s sound and look. Joellen wrote music based on her background in classical, urban and world music, including Indian, Arabic, Jazz and pop music. She built her own instruments based on her discovery of exotic hardwoods and the intricate musical instrument inlay using shell and bone.

The shapes of her instruments were sensual and flowing with curves and carvings of soaring birds, rather than the traditional themes of hearts and violin scrolls. She wanted to push the envelope and make the most beautiful instruments she could imagine. ( OPTIONAL: Joni Mitchell, David Crosby, Jackson Brown, Wendy Waldman, Garth Hudson (The Band) and Harry Stiles all bought her instruments. The dulcimer you hear on Joni’s Blue album is The Princess Dulcimer made by Joellen in the early 70’s.

Joellen performs a feast of traditional and non-traditional dulcimer music. She equally loves the old tunes, the fiddle tunes and ballads, Classical, Klezmer, Middle Eastern and Indian Music, Jazz and Pop. Her style combines them all. Her music is exuberant, fierce and tender.

You can hear her play and see her instruments at LapidusMusic.com. She is the author of “LAPIDUS ON DULCIMER 2”, the first dulcimer instruction book that taught both traditional and contemporary dulcimer playing. Her most recent recording is “Dulcimer Music for The Pelican Ballet”. She now teaches dulcimer on Zoom and dulcimer festivals around the country. She performs with her two trios: The Urban Gypsies and Schmaltz. 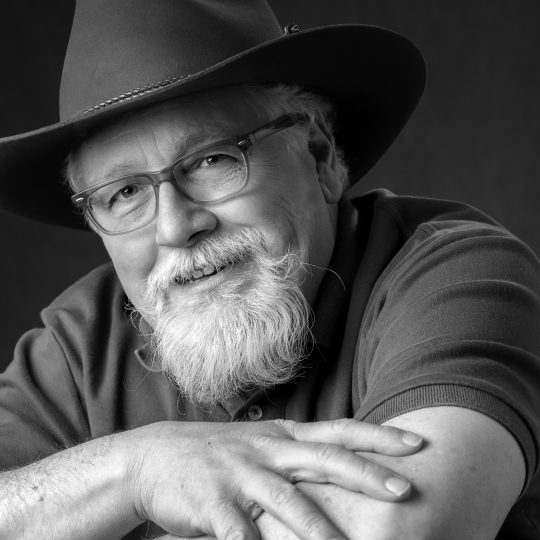 Doug Naselroad
Master Luthier
Doug Naselroad is a Master Luthier from Mt. Sterling, Kentucky. He is a former employee of Collings Guitars in Austin, Texas and owner of Naselroad Guitars, including the “Our Harps” brand of door harps. Doug began building instruments in 1969 with the help of Homer Ledford and is founder of the Hindman Dulcimer Homecoming, the Appalachian School of Luthiery, the Museum of the Mountain Dulcimer, co-author of the Culture of Recovery, Director of the Troublesome Creek Stringed Instrument Company and host of the Knott Downtown Radio Hour, all in Hindman, Kentucky. He has constructed more than 10,000 instruments to date, some of which were pretty good.

To view the tablature, you will need to unzip the file linked below once you have downloaded it.

2022-Hindman-Dulcimer-Homecoming.zip
Don-Pedi-Old-Time-Songs.pdf
Don-Pedi-Fiddle-tunes.pdf
Don-Pedi-Strumming-Noting.pdf
SarahKate-Playing-Melodies-All-Over-the-Fretboard.zip
SarahKate-Master-Strumming-and-Picking.zip
SarahKate-Singing-with-the-Mountain-Dulcimer.zip
We use cookies on our website to give you the most relevant experience by remembering your preferences and repeat visits. By clicking “Accept All”, you consent to the use of ALL the cookies. However, you may visit "Cookie Settings" to provide a controlled consent.
Cookie SettingsAccept All
Manage consent