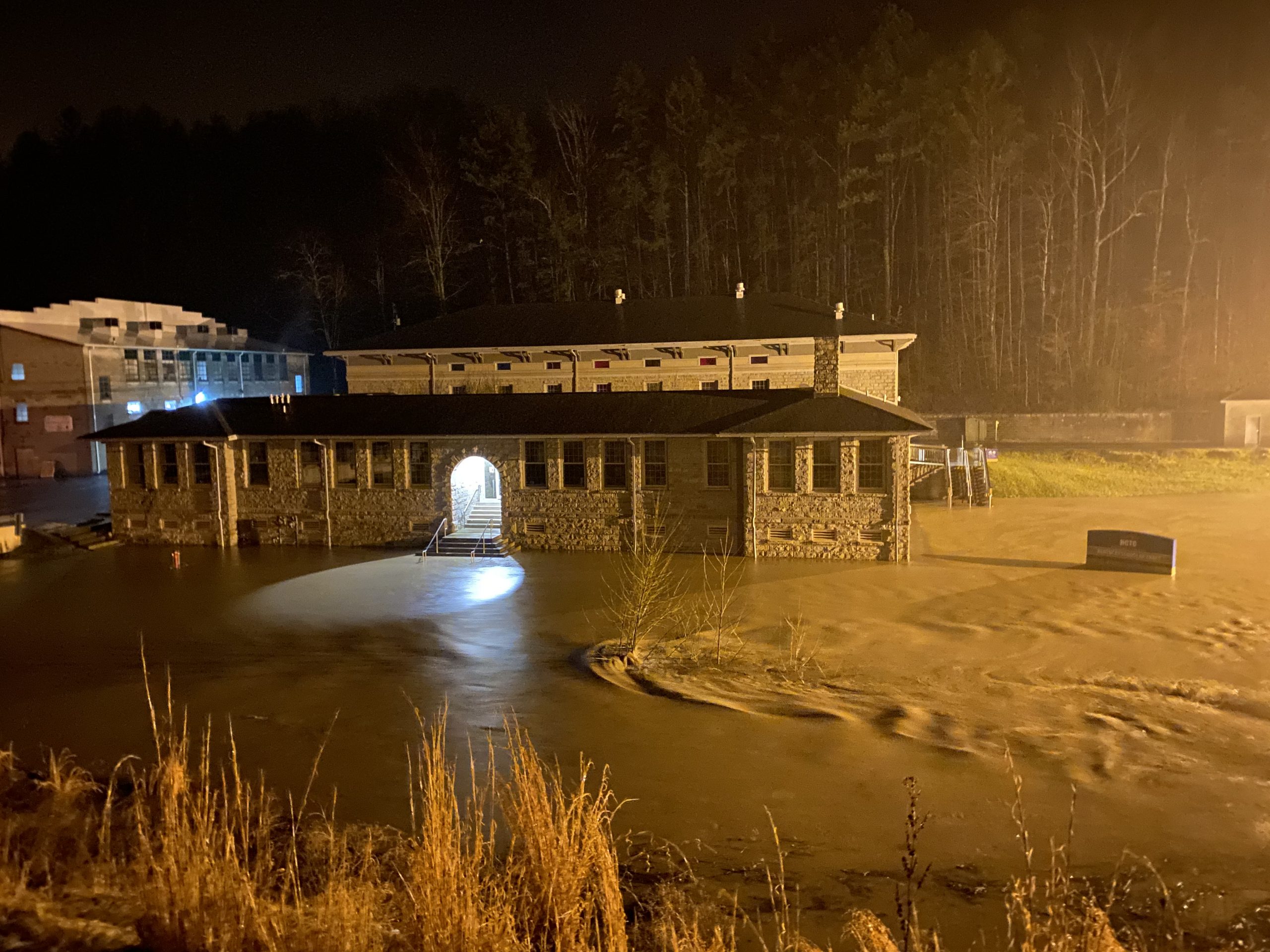 March came in really hard on Troublesome with near-record flooding this past week.  The month was was only a few hours old when Vernon Douglas Jones caught this glimpse of the creek trying take away our factory.  No great harm done, however!  Hindman was only hit a glancing blow overall, especially when compared to other Eastern Kentucky communities, some of which were ravaged hard.  We lost some things stored in the basement of the Appalachian School of Luthiery, and a stack of black locust lumber tried to float down to the river, but that was about it.  Whew!

2022 Flood Covid-19 Flood Troublesome Creek
We use cookies on our website to give you the most relevant experience by remembering your preferences and repeat visits. By clicking “Accept All”, you consent to the use of ALL the cookies. However, you may visit "Cookie Settings" to provide a controlled consent.
Cookie SettingsAccept All
Manage consent